In this article, you may have came across a term called event driven and would be wondering what is it? Well, it is a unique approach made to handle tasks as events. The incoming connection, the disk reads, etc are all events.. Operating systems intimates when the task is started and when it is completed. NGINX worker makes proper utilization of these resources, so the resources can be utilized and released on demand as a result you will see better usage of CPU and memory.. Each worker process of the NGINX has the capacity to serve thousands of requests and connections per second.. It does not create new process for every new connection instead the worker attends the new request from queue and executes runloop on it giving the worker the capacity to process multiple connections per worker..

NGINX uses event notifications and appoints specific tasks for separate processes altogether. Connections are efficiently operated in a run-loop for some limited single-threaded processes that are called as workers. Each NGINX worker can handle as many as thousands of concurrent requests and connections per second. The NGINX worker code is comprised of core and functional modules. The core is responsible to maintain proper runloop. Modules comprises of application layer functionality. The modular architecture facilitates the developers to extend the set of features for the web server, keeping the core untouched.. 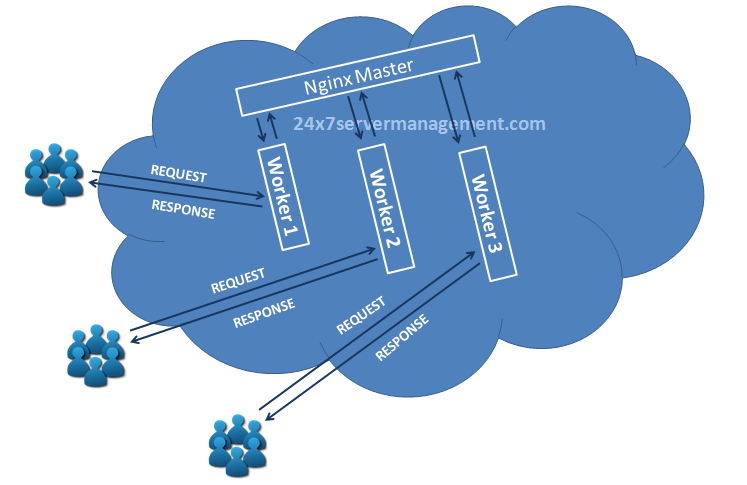 I hope this has been informative to you and I would like to thank you for reading..